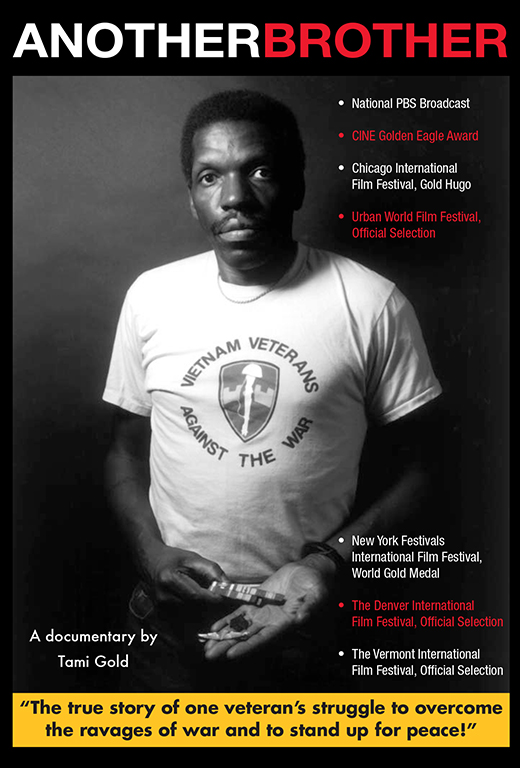 Through found photographs, audiotaped interviews and archival footage, ANOTHER BROTHER tells the story of Vietnam veteran Clarence Fitch. Clarence Fitch was a man of and for his times, an African American who witnessed and took part in the social movements of this country from the turmoil of the sixties through the present decade. Telling a story fraught with both heroism and tragedy, the film situates Vietnam vet Clarence Fitch's life within the context of a remarkable range of issues--racism, the Black civil rights movement, the Vietnam War and its aftermath, the scourge of drugs, and finally the AIDS crisis. ANOTHER BROTHER both honors Clarence Fitch and digs deeply into the roots of his struggles.

Clarence grew up in New Jersey, in a close-knit working class family. He was 18 in 1967 when the Marines put him on the front lines of jungle warfare in Vietnam - a horror compounded by the racist attitudes and policy that increasingly colored his military experience. When he came home, Clarence fit the profile of many returning vets: angry, alienated, anti-war, and addicted to heroin. But Clarence fought back.

Despite his addiction, he held a post office job for 12 years and became a leader in his union. He was extremely active in the organization Vietnam Veterans Against the War and, at every opportunity, stood up against racism, whether in South Africa against apartheid, or at home.

After years of leading a double-life, Clarence found the strength to end his addiction and worked tirelessly to help other recovering addicts. After six years of sobriety, he was diagnosed with AIDS. Once again, Clarence found the inner strength to rise above his own personal crisis. He spent the last years of his life working on behalf of people with AIDS, among his other commitments.

Clarence Fitch was a hero when he died in 1990 at the age of 42 - not because he had been decorated with the Purple Heart for his combat in Vietnam, but because he transformed his life and the lives of thousands of others.

ANOTHER BROTHER was five years in the making by Tami Gold. She relied on the detailed archives of Vietnam Veterans Against the War, as well as other organizations around the country that donated rare film and video footage from the Vietnam era and Clarence's activities. Much of the soundtrack consists of Clarence's own voice from an audio interview conducted by a fellow Vietnam veteran, William Short. Clarence's wife, mother, sister, daughter and best friend are featured prominently in family photos, home movies, and in frank on-screen comments about a complicated man who matured into a reknowned community activist.

"ANOTHER BROTHER is a compelling, must see documentary of the Vietnam War period, Black life, and a social commentary that depicts the richness of a hero who never stopped fighting for his country community and people." - Job Mashariki, Black Veterans for Social Justice
"Excellent … an engrossing and intelligent documentary … Gold manages to capture the man's many facets without oversimplifying any of them." - Matt Zoller Seitz, The Star-Ledger
"An invaluable classroom tool for educators to explore the devasting impact of war through the story of one veteran. Crossing several disciplines, it engages, informs and gives students and educators a drive to take action." - Matt Myer, NYC Alternative HS, Adult and Continuing Ed Schools and Programs
"I salute those who made ANOTHER BROTHER. It's an important documentary about a difficult time in our nation's history and should be seen by the widest possible audience." - Gil Nobel, Like It Is, ABC-NY
"What makes ANOTHER BROTHER so powerful is its sharp personal focus and unaffected simplicity." - John Koch, The Boston Globe
"Inspiring documentary which recounts the tale of a Black Vietnam War vet who returned home to Jersey City and somehow managed, even though he was battling heroin addiction and AIDS, to become and antiwar activist, high-school mentor and community leader — a Real American hero. - Time Out New York