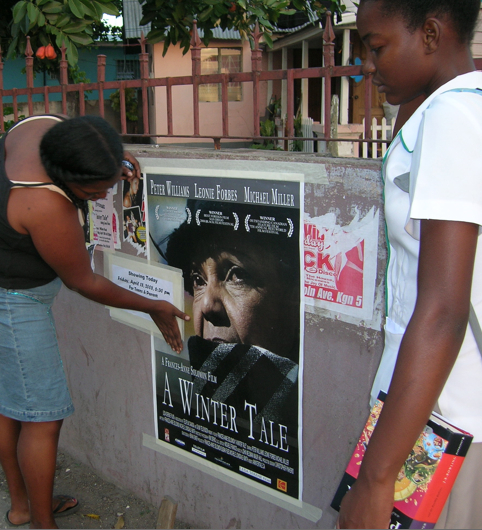 Art for Social Change
Mary Wells
2007
Color
33 minutes
Jamaica
English
Art for Social Change
Jamaican filmmaker Mary Wells made ART FOR SOCIAL CHANGE, a perceptive half-hour film, in response to the launch of Frances-Anne Solomon’s heart-wrenching movie A Winter Tale when it opened in cinemas across Jamaica in 2008.

There are many similarities between the film’s story and the present-day realities of crime and gun violence in Jamaica. Wells’ documentary introduces us to Michael, an inner-city Kingstonian youth, who attends the film’s launch and is so moved by its relevance to issues in his own community and life that he decides to take the initiative to arrange a screening in his area.

The documentary shows how powerful film can be used as a tool for discussion. It also shows how it can strengthen the efforts of young people who want to take their lives into their own hands in order to change their environment. Part of the CaribbeanTales Collection.