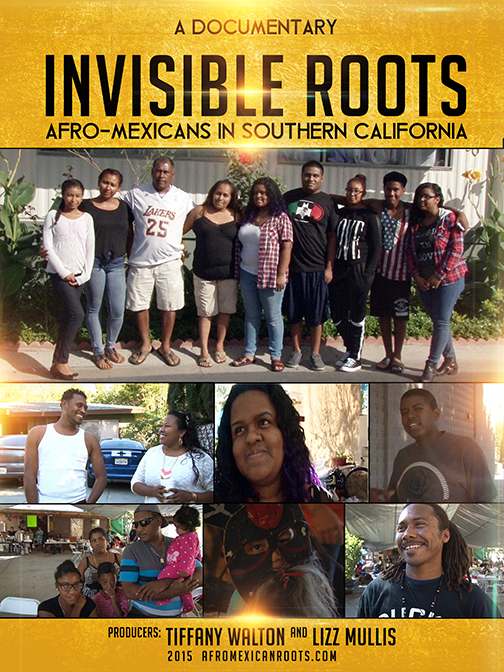 The Herrera family in Pasadena proudly performs the famous “La Danza de los Diablos”, or “The Dance of the Devils.” One of the performers explains the origins of the dance: “We have been told by our ancestors that the dance came from Africa, but when they were enslaved and brought over here, the dance became a way to make fun of the overseer.” Meanwhile, the Cisneros family makes sure to keep alive the spiritual traditions and culinary secrets that they brought from Costa Chica, Mexico. Lastly, college student Yismar is embracing his newfound identity, and explains that “being proud of being Black has boosted my self-esteem, but before when I didn't know that, I was just Mexican. That didn't boost my self-esteem because people would always make fun of me.”

"Whether through film, social media or the theatre, Afromexican stories need to be told. There are still people out there who question the existence of Black Latin@s… The INVISIBLE ROOTS team is doing the work to make sure that history is at the forefront." - Black Girl, Latin World Blog
"A short film introduces individuals of mixed African and Mexican descent, who find themselves misunderstood and discriminated against both in Mexico and the United States; Mexico often denies its African component, and the United States continues to imagine racial/ethnic identities are mutually exclusive." ​ - Anthropology Review Database
"The film provides an overview of the history of the Afro-Mexican population, as well as differences in speech, cuisine, spirituality, and the challenges of self-identity... Serving up a fascinating glimpse into an overlooked aspect of Mexican culture while also confronting racial and ethnic divisions that continue to plague contemporary U.S. society, this is recommended." - P. Hall, Video Librarian
The documentary Invisible Roots: Afro-Mexicans in Southern California forms a rich archive of Afro-Latina/x testimonios that instructors should consider bringing into their classrooms to facilitate critical discussions that center the audible voices and experiences of Afro-Latina/xs throughout the diaspora, complete with their virtual and embodied on-screen presence. - James Padilioni, Jr., Films for the Feminist Classroom