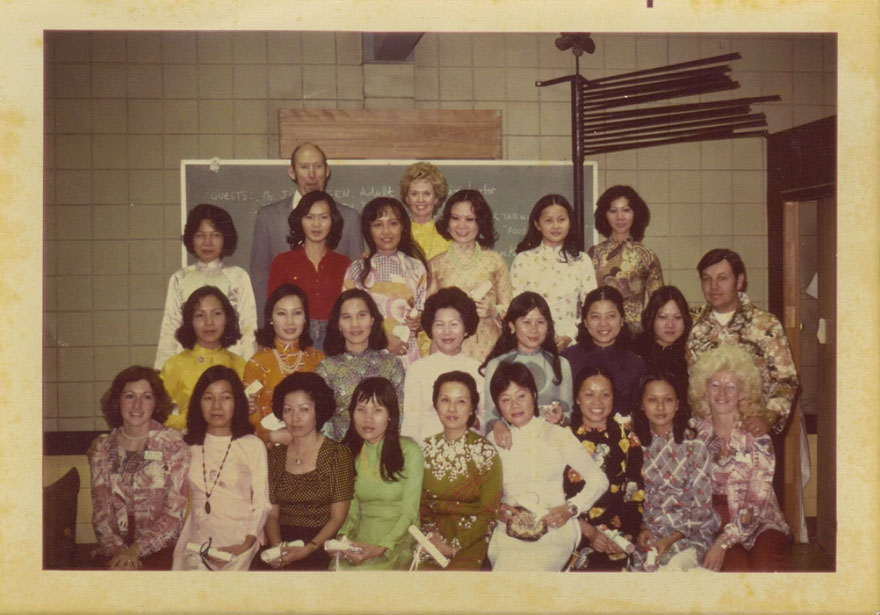 Nailed It: Vietnamese & The Nail Industry

Visit any strip mall in the United States, and there’s bound to be a Vietnamese nail salon. While ubiquitous in cities across the country, few Americans know the history behind the salons and the 20 Vietnamese refugee women, who in 1975, sparked a multibillion dollar industry that supports their community to this day. Weaving powerful personal stories with insightful interviews, Nailed It, a new documentary by director Adele Free Pham, captures an unforgettable and often hilarious saga born of tragedy, charting the rise, struggle, stereotypes, and steady hold Vietnamese Americans have on today’s multiethnic $8 billion dollar nail economy.
Filmmaker Adele Free Pham is available for speaking engagements. To submit your request, fill out this form: https://goo.gl/forms/LhJCkbS5oFDRgiN72

“A captivating exploration of the survival of a community... the film makes parallels between the harrowing experiences of Vietnamese refugees and current refugee crises worldwide." - Kat Hughes, CAAM
"With stereotype narratives about immigrants and immigrant communities dominating public discourse, the film’s insight into intercultural relationships, female entrepreneurial pioneers, and the underlying refugee experience, is the spotlight we need now more than ever to remind us all that we are one nation of immigrants” - Julia Liou, MPH Co-founder & Director of the California Healthy Nail Salon Collaborative
“Filmmaker Adele Pham's entertaining and urgent take on the refugee experience should be required viewing at a time when the immigrant's value to America is being fiercely debated. She is a necessary voice of the future.” - Don Young, CAAM Director of Programs
"NAILED IT is the story of a whole community fighting for a new life. It's a quintessentially American story of rebuilding and making something new." - Lulu Garcia-Navarro, National Public Radio (NPR)
"For mixed-race Vietnamese filmmaker Adele Pham, it’s personal, as she confronts her cultural conflicts and discovers her place within the community." - HAAPI Film Festival
"NAILED IT presents a lineage of legacy moments in nails, like Mantrap, the first nail salon chain to cater to black women in the hood." - Global Peace Film Festival
"This is the miraculous true story of how it all began with 20 Vietnamese refugee women in 1975, told through the astute lens of a woman to whom this story is particularly near and dear, Vietnamese director Adele Free Pham." - Sarasota Film Festival
"Filmmaker Adele Pham explores the genesis and legacy of the Vietnamese American nail salon, while discovering her own connection to the community. With a surprising link to Hollywood, this documentary shows the struggle, resilience and determination of Vietnamese refugees to build a new life in America." - DisOrient Asian American Film Festival of Oregon
"Nailed it! seeks to uncover the fascinating but little known history of Vietnamese immigrants in America's hazardous beauty industry." - Jamilah King, Colorlines
"Filmmaker Adele Pham explores her own mixed-race identity while discovering the origins of how Vietnamese Americans have become synonymous with nail salons in the U.S." - Huu T. Ly, Programmer, Austin Asian American Film Festival
"NAILED IT paints an illuminating picture that’s incredibly wide-spanning and personal, a secret history of an eight billion-dollar industry." - New Orleans Film Festival
"Where this film really shines is in the breadth of interviews undertaken by the director. She collects a rich array of interviews, from those important to the growth of Vietnamese involvement with nails, through to individuals currently working in the industry. This worthwhile film is recommended for any collection." - Allen Reichert, Educational Media Reviews Online (EMRO)