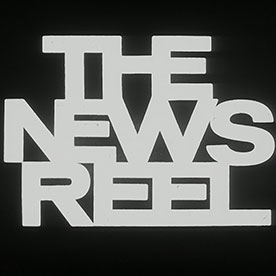 One of the Newsreel filmmaker, Lynn Phillips said about the film production, "We knew that Jeannette Rankin was coming east… Somehow we got a hold of a 16mm Bolex, plus the usual outdated film stock, and we took the train down. We had no budget, no sound, so there wasn't really any chance to make a historical document. Nevertheless, we felt that she was an important icon for women… she was a suffragette, a pacifist, and opposed to the war in Vietnam. Women had not shot anything or really authored any films in Newsreel at this point. I remember that my feeling was that I didn't have it together to make a significant film, but that women just had to GO and shoot something, just to create some momentum for women inside the organization. The film is more an artifact than a real film, but it played its role as a hisotical moment — where two genetions of feminist briefly met."
Third World Newsreel’s historical Newsreel collection provides contemporary audiences with a vast archive of political documentary films chronicling the social movements of the late 1960s and early 1970s.